That Farmer H! Sometimes he drives me crazy! He's just not picking up what I'm laying down. Friday, for instance. Props to Farmer H for coming out to the garage to carry my meager groceries inside. He plopped them on the cutting block (you surely didn't expect him to put anything away, did you?) and then cranked back in his La-Z-Boy.

I was talking to Farmer H from the kitchen as I put things away. About how I'd bought him some Baked Lays, which are chips he likes but never eats because it doesn't occur to him to buy any. Also, about the Save A Lot supreme pizza we were having for supper before Farmer H's auction. About whether he'd already had lunch, and what.

"Okay. Ham is good. I was hoping you didn't eat that chicken. The date on it is January 11th, but it has already been open for at least a month, back when I was making my own pinwheels, and the package is getting poofy. 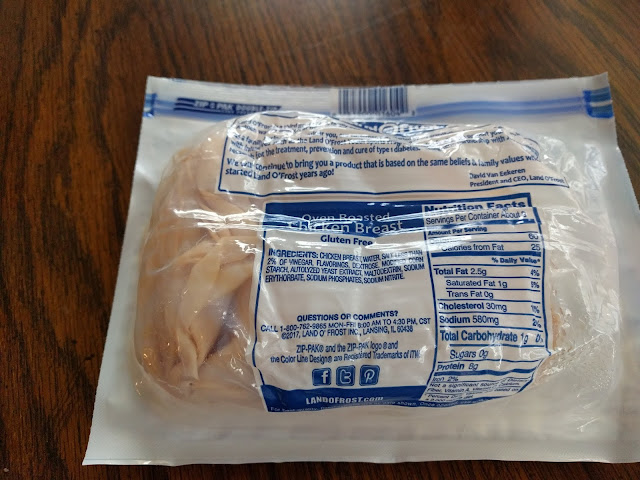 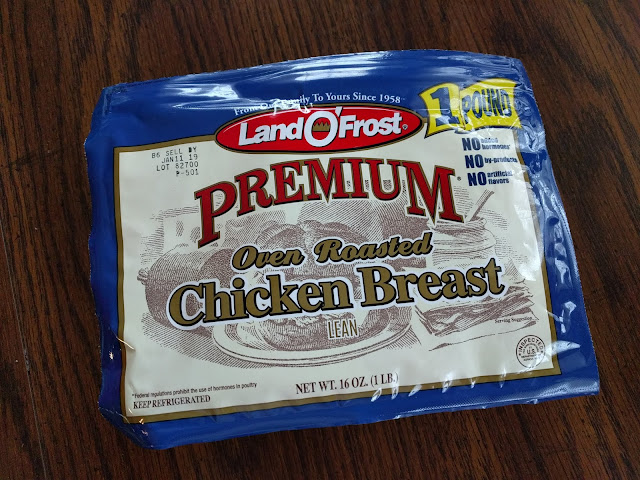 I went on putting away salsa and Wheat Berry bread. Some sardines in mustard sauce. Hot dog buns. Smoked sausages. Farmer H's swirly ice cream cups. Then I opened up the frozen chicken strips I'd just bought, to repackage them into baggies for individual use.

Farmer H is a talker, and he wandered into the kitchen to tell me about Storage Unit Store stuff. He was standing between FRIG II and the stove, at the counter. I was on the other side of the stove, by the sink, pouring the chicken strips onto two paper plates, so I could balance the amounts I was putting into baggies. 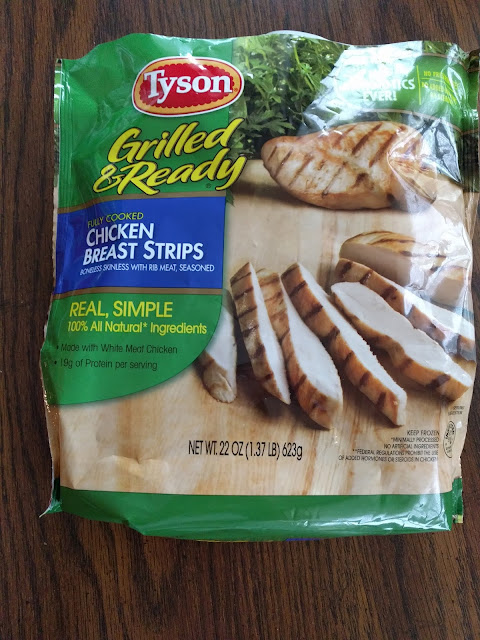 "Is that the chicken you were talking about?"

"The chicken you're giving the dogs?"

"NO! This is the GOOD chicken! That I eat, when you get a supper of delicious food. I just have some chicken and salad. I just bought this! No way am I giving it to the dogs!"

"Well, you just said you were laying out chicken to give the dogs."

"THAT chicken! Right in front of you! In the poofy bag! It's the BAD chicken! Don't eat that."

"I mean, you can have some of the good chicken, if you want it. But not the bad chicken."

I guess Farmer H really didn't know the difference between GOOD chicken, and BAD chicken. But he'd better learn, by cracky! At least he had mastered the first step: asking questions of the lady in charge.
Posted by Hillbilly Mom at 1:47 PM

He may ask, but does he ever really hear the answers?

fishducky,
We're still working on that. He sometimes pretends he hears the answer, yet gives a response that is inappropriate. When I call him on it, he declares that NO, HE WASN'T PAYING MORE ATTENTION TO THE TV! That I mumble and he can't hear right because it is my fault, and rather than ask me to repeat it, he just pretends.

Well at least he did ask this time. Talking about food going off...I opened my daughter's fridge today and had to step back about six feet because of the pong. I tracked it down to a bag of slime that was once lettuce. And an opened carton of milk that was now yoghurt. She said she hadn't noticed the smell (*~*)

River,
Sometimes I find a bag of liquid lettuce shoved way in the back of FRIG II. And green cheese. I don't usually notice a smell, except when potatoes grow slimy in the pantry.

Green cheese doesn't usually smell, but lettuce does if the bag has been opened and not properly sealed. There were deli meats that also got tossed because they were on the turn.

River,
My liquid lettuce gets that way because it gets shoved to the back before I open it, and I forget that I have it. Once open, it goes down in the crisper drawer, where I don't forget.

The cheese is usually a pack of slices, and gets that way because Farmer H doesn't use it, but can't be bothered to throw it out. I mainly use shredded cheese, often enough that I can tell when it's going bad. Because it smells like FEET when I open the bag!