The Pony And Mrs. HM Are Pod People

Anyhoo...when we were coming home from CasinoPalooza 3, we encountered a strange load on a passing vehicle. 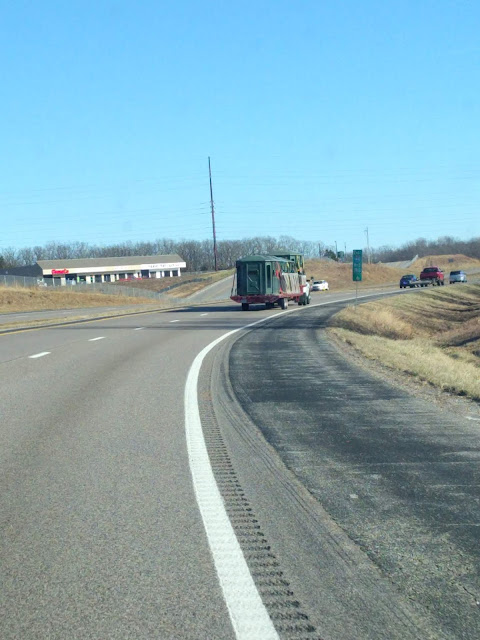 There were two sizes on the trailer, but we don't know if they were able to connect, or if they were different versions of the same (for lack of a better word) POD. 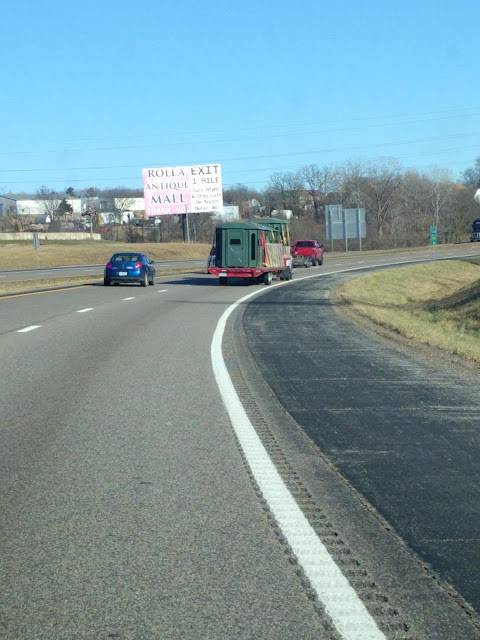 The Pony couldn't quite catch up for me to get a better picture. 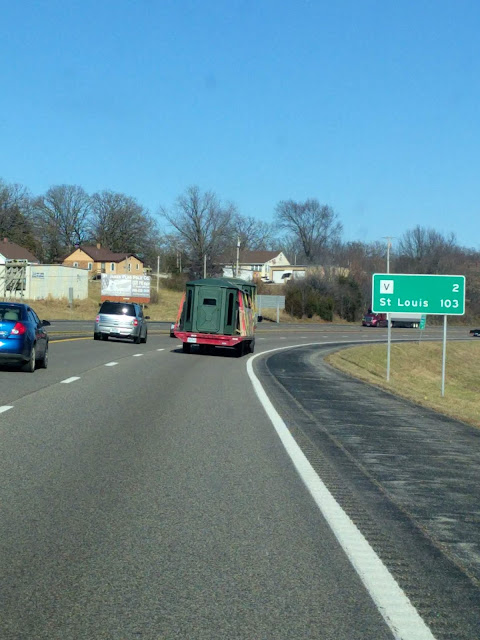 We debated on what this thing was. A house for school kids to wait for a bus? Probably not. We haven't seen any prefabricated bus stops like that. They're all homemade. Some survivalist pod for the Apopadopalyspe? Doubtful, but possible. I'm thinking it's some kind of hunting shack, what with the tiny slots for poking out a gun, or the vertical one for a bow. There are other "deer stand" type shelters, up on metal legs, that we see for sale often along the road. But I've never seen this kind.

It looks weirdly familiar yet I have no idea what it (they) might be.

River,
I'll stick with a hunting shack, due to the slots to extend weapons. Though it could be some kind of survivalist shelter.